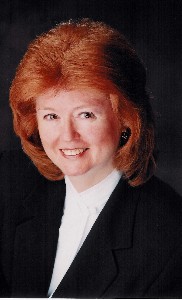 Stan and April Carlton were individually working as 2 of the top producing agents at RE/MAX in the mid 1970’s. Both had received numerous awards from RE/MAX and were always in the top tier of the company in production.   Almost immediately upon meeting, they formed a team—not only in their real estate business, but also in their personal lives  (in fact, they were likely the first married real estate couple in Denver.)  Working together, they were able to combine their knowledge, experiences and individual skill sets to become a formidable force in Denver real estate.

By combining their clients and working as a couple, their volume of business rapidly grew and they soon needed their own support staff and additional agents working for them.  In 1983, The Carlton Company was born.  Over the years they’ve employed many agents whom they’ve trained, many of whom have gone on to successful real estate careers.

In fact, Stan and April are part of 3 generations of Realtors.  April’s father was a broker and owned his own real estate company in Mason City, Iowa for many years. Their son, Eric, joined the company as a broker associate with them in 1985.  At that time, he was one of the youngest people to ever pass the Colorado broker’s exam.  He has also had a flourishing and highly successful real estate career for over 30 years with many loyal clients.

'Your expertise and knowledge of real estate was obvious in all areas of the listing, sale and closing. Even your handouts were quality and above the usual!'

'Thank you for everything during our process. We love our house and new neighbors. It was the best decision and we couldn't have made it without your guidance and knowledge.'

'You were always honest & very knowledgeable as this was a big step for us. You were also right on with the sale of our house when we doubted the timeline.'

'Your industry knowledge far exceeds that of any other real estate agent I've ever met.'